An e-newsletter featuring the best and promising practices, research, training, and assistance to support your efforts to end violence against women in rural communities. Note: current grantees of OVW’s Rural Program will receive email notification of these newsletters. If you think you are not on this email list, please email us now to let us know and we’ll get you added to our list. Please provide feedback to info@praxisinternational.org. 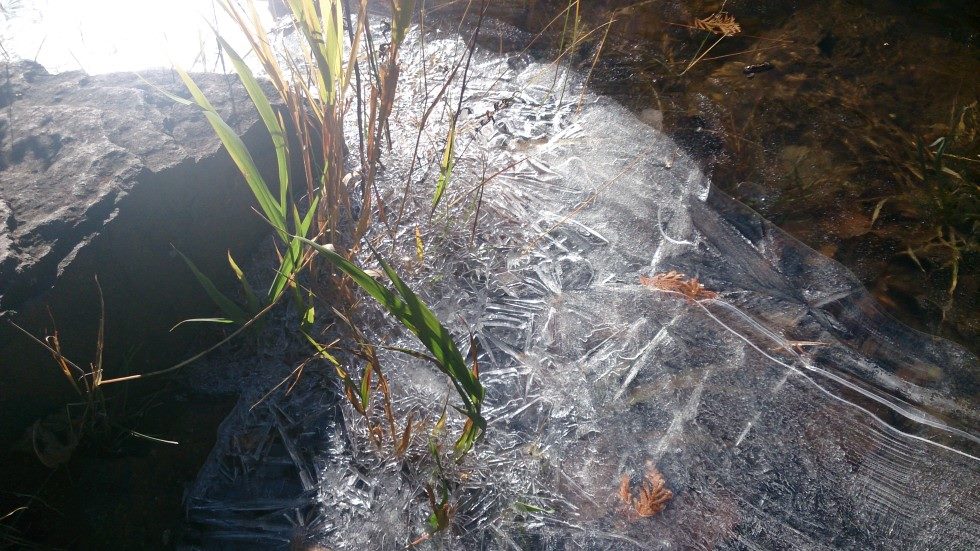 Our challenges are how to respond to resistance to the information we’re sharing. For example, if we present research numbers, people still think it doesn’t happen in our community even though the numbers say otherwise. – Rural grantee

Sexual assault continues to be too taboo an issue to discuss openly and therefore the response remains inadequate and stagnant. – Rural grantee

A slower pace and honoring tradition are common values across rural communities. Long-held traditions can sustain a community and bring people together for the good of the community, particularly in times of adversity. Yet we know that cultural and social norms that perpetuate violence against women can be slower to change in rural communities. Belief systems that tolerate the use of violence against women, deny the extent of the problem, and resist change can be firmly entrenched in rural communities. Rural programs all over the country are finding ways to address resistance by increasing awareness, reducing stigma, and dispelling myths. See the example below contributed by Margie Harris, Executive Director, Family Crisis Center in Rexburg, Idaho (pop. 25,484; the county seat of Madison County, 473 square miles):

If you don’t want to reinvent the wheel, consider using one the following public awareness campaigns that were developed by and for rural communities supported by OVW:

*Long held traditions and customs is one of several themes identified in Enhancing Technical Assistance to Rural Program Grantees Responding to Violence Against Women: A Report to the Office on Violence Against Women, U.S. Department of Justice, a report by Praxis now available about your collective training and TA needs as rural grantees. Special thanks to the many rural programs that provided detailed information about their work to end violence in rural communities that contributed to this report.

Contribution by Leah Green, Rural TA Specialist, Resource Sharing Project, one of the rural-specific TA providers available to you as a rural grantee. Their focus is on supporting rural communities to enhance sexual assault services in dual/multi-service agencies. 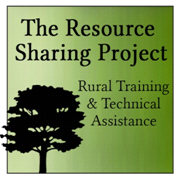 Rural advocates are powerful people. Advocates know how to be in more than one place at a time, to carry tissues, gum, and a comforting word, when to make a joke and when to be silent, and how to always act with respect, empathy and dignity while fiercely advocating for the needs of survivors. However, advocates sometimes doubt themselves and sometimes get lost in the murky, ever-shifting work of responding to sexual violence. Rural advocates report feeling less confident and competent in their practice because they don’t have frequent and regular opportunities to practice skills in working with sexual violence survivors. And then there are all the other hats we wear: housing, transportation, immigration, language access, employment, child care, etc. How do we find our balance? How do we provide the best sexual assault services we can for each survivor that does come forward and increase our accessibility to more survivors?

An important component of high-quality sexual assault services in dual/multi-service advocacy agencies is a clear understanding of sexual violence, including the intersections and differences with domestic violence and other types of violence. Each sexual assault is unique, with specific emotional, physical, and social consequences for survivors, and it is important that we advocates are able to articulate how services may differ for victims who experience sexual violence in the context of intimate partner violence in comparison to those who do not. Once we understand these differences then we will be able to create services that meet the specific needs of survivors of sexual violence.

Here are just a few of the ways we have seen rural dual/multi-service advocacy agencies build the capacity for serving all sexual violence survivors: 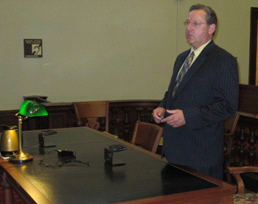 vary so greatly, why cases are pled down to disorderly conduct, and what to do when the victim can no longer participate in the process.

Hi Matt. Thanks for talking with me today. Can you help me understand the competing priorities of a prosecutor? Like getting conviction rates versus the pursuit of justice…

Let’s say in community A, every time there was an arrest, they put that down as a domestic violence case and they went forward on it. Their conviction rate would most likely be very low. In contrast, community B only charges cases that meet certain criteria for evidence, severity of the crime, etc.; they would likely have a very high conviction rate. Community C might use “charge bargaining”. Let’s say you were arrested for drunk driving, but I charge you with a reduced charge, such as impaired driving. You plead guilty to the reduced charge. It looks like I’m getting a conviction straight up as to what I charged. However, in reality, I could have charged it as a much more serious crime. As a prosecutor, you have to figure out your approach: Do I cast a big net and bring everything in and then sort it out? Or do I specify what I am trying to catch before we bring it into the criminal justice system? In the end, our job is not about wins and losses; it’s about making sure that a harm to our community is addressed.

How is justice served with so many cases being pled down to disorderly conduct?

In my jurisdiction, we have about 4,000 criminal cases a year and we have five criminal prosecutors. That would be 800 cases each. Let’s assume that each case only takes one day; they usually take longer. The simple math is that you could not try all the cases. So, plea bargaining is a necessary requirement to make the system work. You have to decide when to pursue a guilty plea and which cases to take to trial. The Blueprint for Safety’s policy for charging helps to guide prosecutors in the right direction by assessing risk and lethality factors in domestic violence-related cases. How frequent and how severe is the assaultive behavior? How serious is the injury here or prior cases? Is there a history? Are the parties separated? Was there strangulation or stalking factors involved? If you adopt a set of objective criteria, such as what the Blueprint outlines, and you follow it, that’s a way to help us be more accountable.

Talk with me about the conundrum of “first-time offenders”.

For example, Ray Rice, he’s a “first-time offender” [the first-time he has presented as an offender to the criminal justice system; there is no other record about past behavior]; he punched his wife and knocked her out. That’s a terrible case that most of us would say is aggravated assault of some level or another and there should be accountability. The victim in that particular case, for whatever reason (it might be pressure, it might be financial, or it might be fear, you never know what it is) is saying this is the one and only time that happened. In my office, we try to make contact with the victim as early as possible, let her know what the system can do, find out what her concerns are, what the history is; that is where you start. When she tells us what was going on, to me, that is credible evidence that could be used if you end up going to trial. But very frequently, the victim does not wish for the prosecutor to pursue a harsh sanction. So what do you do at that point? A lot of prosecutors say, okay, fine, we will plead it down to something that we wouldn’t normally because otherwise we can’t prove this case.

In an ideal world, what would you do?

If I walked up to a person on the street and strangled him, I’d go to prison. Whereas a man who strangles his wife may not get arrested, prosecuted, or even do any time behind bars. We have all these other factors that make it difficult to prosecute because of the intimate relationship that these two people have; we have to consider that relationship. Is she is going to stay with him? Does she want him to go to batterer’s treatment? Has he shown remorse? Is he willing to participate in substance abuse treatment or batterer’s group? If yes, in this type of situation, we would probably work toward a resolution that would allow for court-ordered supervision and treatment, but not convict him of the most serious crime possible.

How do you proceed when she doesn’t want to pursue charges or be involved?

A lot of systems fall down when the victim becomes non-participating, which they usually call “uncooperative”. Calling it “uncooperative” gives the sense that they have a choice in the matter, but it’s usually that they are not able to participate because of the fear of future violence. We have to assume that we’re not going to have victim participation on a majority of cases. We have to look at the context and severity of the violence. What is our evidence? What are we going to do in this case? Are we going to plea bargain it? Are we going to hold firm? Do we look to see if there has been witness intimidation, and if so, is that a new charge or can we move for the admission of her hearsay statements because he forfeited his right to confront her as a witness? In the long term, the best thing you can do is be empathetic and be compassionate and set the stage for ongoing contact with her: if she is ever in this circumstance again you want her to know that she can still call the police and that we will do still do something about it. Or, if she is in a position to pursue charges or leave that situation, there are supports that are available to her.

We provide individual consultation to you on organizing your community’s response to violence against women. Email info@praxisinternational.org or call us anytime! 651-699-8000

I was just asked to appear on a local cable program to talk about domestic violence in our community. They would like me to address the three questions below. Could you give me a national perspective on these questions?

Where are the lowest and highest homicide rates across the country?
Are suicide rates higher or lower in rural communities?
Download The 2014 Update of the Rural-Urban Chartbook,
published by Rural Health Reform Research Policy Center